The uniquely developed BiSN technology, branded ‘Wel-lok M2M™’ simply put means sealing the well with metal to metal. It has been run in numerous locations around the world in both on and offshore environments. 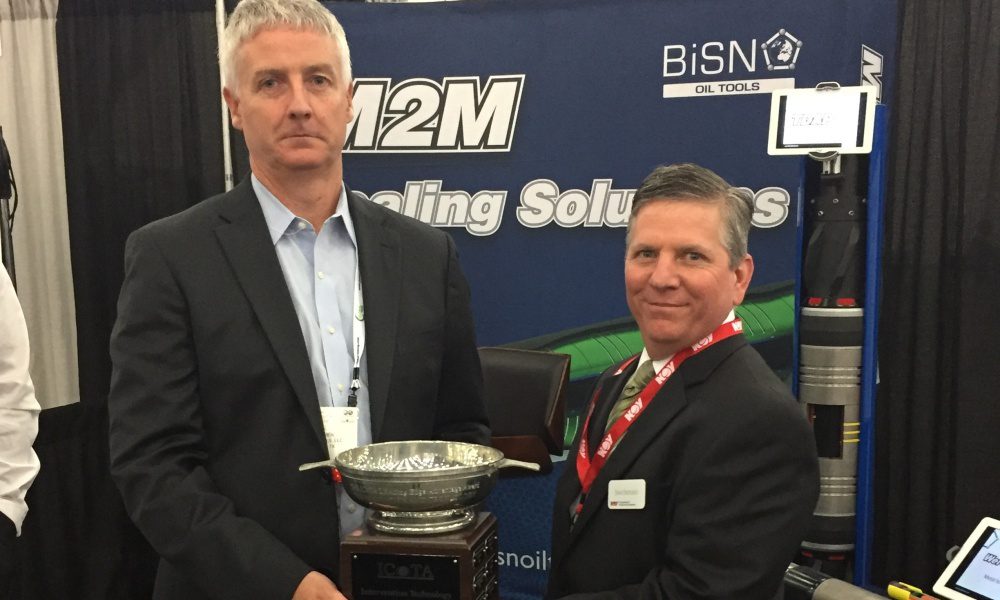 BiSN use modified thermite heaters, which makes this a game changing technology reducing the heating time required from hours to minutes and eliminates the need for any specialist wireline equipment, with no restriction on deployment depth. This is branded Wel-lok M2M™ with patents pending.

Paul Carragher, CEO, received the winner’s trophy from Steve Deshotels, Senior Chairman of ICoTA at the SPE/ICoTA Well Intervention and Coiled Tubing Conference & Exhibition, held at the George R. Brown in Houston. To find out more details about its various applications see the website www.bisn.com.

Other close contenders (in no particular order) short-listed for the 2017 award were: