The TorcPlug® is a barrier plug that can be set and released in the same run (multiple set and release), without having to release from the Plug itself, which is also risk reducing with respect to debris. 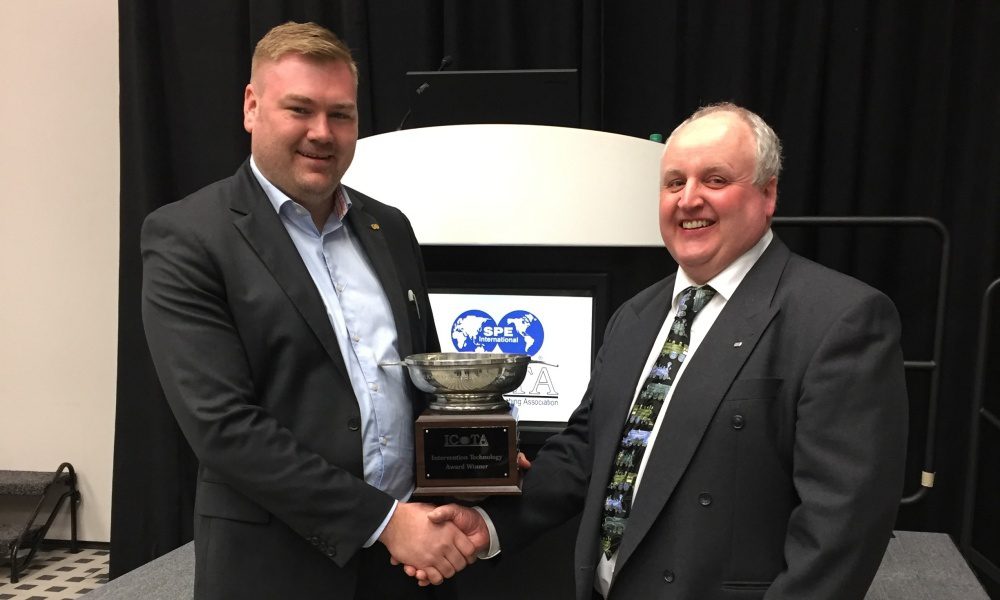 TorcPlug® has the ability to save time and cost on several well operations within completions and interventions.

Hein received the winner’s trophy from Alan Turner, Senior Chairman of ICoTA at the SPE/ICoTA Well Intervention and Coiled Tubing Conference & Exhibition, held at the George R. Brown in Houston. Click for additional information on this technology.

This technology was presented by Hein Andre Langaker

Other close contenders (in no particular order) short-listed for the 2016 award were: