Within this section you will be able to find out more about the history of the Coiled Tubing and Intervention industry. 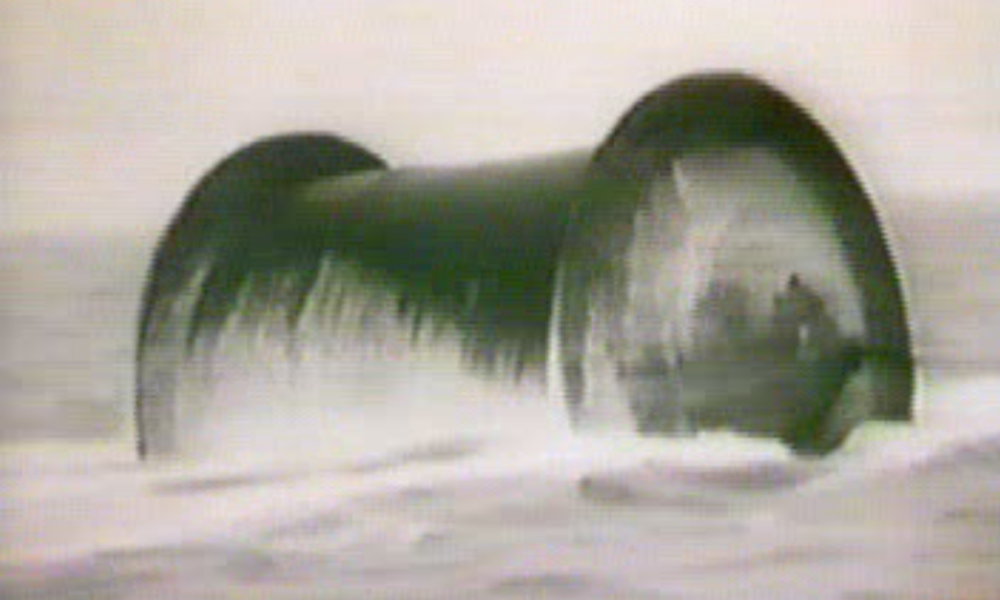 Prior to the Allied invasion in 1944, British engineers developed and produced very long, continuous pipelines for transporting fuel from England to the European Continent to supply the Allied armies. The project was named operation "PLUTO", an acronym for "Pipe Lines Under The Ocean", and involved the fabrication and laying of several pipelines across the English Channel. The successful fabrication and spooling of continuous flexible pipeline provided the foundation for additional technical developments that eventually led to the tubing strings used today by the CT industry.

In 1962, the California Oil Company and Bowen Tools developed the first fully functional CT unit, for the purpose of washing out sand bridges in wells. You can download the PLUTO video in MPEG format or order a CD from ICoTA.

The first injector heads operated on the principle of two vertical, contra-rotating chains. This design is still used in the majority of CT units today. The stripper was a simple, annular-type sealing device that could be hydraulically activated to seal around the tubing at relatively low wellhead pressures. The tubing string used for the initial trials was fabricated by butt-welding 50 ft. sections of 1 3/8 in. OD pipe into a 15,000 ft. string and spooling it onto a reel with a 9 ft. diameter core.

Throughout the late 1960's and into the 1970's, both Bowen Tools and Brown Oil Tools continued to improve their designs to accommodate CT up to 1 in. OD. By the mid-1970's, more than 200 of the original-design CT units were in service. By the late 1970's, several new equipment manufacturing companies (Uni-Flex Inc., Otis Engineering, and Hydra Rig Inc.) also started influencing improved injector head design.

CT strings were also undergoing significant improvements during this period. Through the late 1960's, CT services were dominated by tubing sizes of 1 in. and less, and relatively short string lengths. Tubing diameter and length were limited by the tubing mechanical properties and currently available manufacturing processes.

Early CT operations suffered many failures due to the inconsistent quality of the tubing and the numerous butt welds required to produce a suitable string length. However, by the late 1960's, tubing strings were being milled in much longer lengths with fewer butt welds per string. During this time, steel properties also improved. These changes and the associated improvement in CT string reliability contributed greatly to the continued growth of the CT industry.

Today it's common for CT strings to be constructed from continuously milled tubing that can be manufactured with no butt welds. In addition, CT diameters have continued to grow to keep pace with the strength requirements associated with new market applications. It's not unusual for CT diameters of up to 2 7/8 in. to be readily available for routine use.

The coiled tubing industry continues to be one of the fastest growing segments of the oilfield services sector, and for good reason. CT growth has been driven by attractive economics, continual advances in technology, and utilization of CT to perform an ever-growing list of field operations. Coiled tubing today is a global, multi billion dollar industry in the mainstream of energy extraction technology.

The potential advantages associated with CT are typically driven by the fact that a workover rig (and associated cost) is not required, the rapid CT trip speed in and out of the well, and that CT operations are designed to be performed with pressure on the well. Eliminating the requirement to kill the well can be a significant factor in the decision to utilize CT for a particular field operation, as it reduces the risk of formation damage.

Growth of the Service Fleet

In January 2004, slightly more than 1,050 CT units were estimated to be available on a worldwide basis. The total number of working CT units is up sharply from the roughly 850 units reported in February 2001. At present, the International market accounts for the bulk of the currently available CT fleet with more than 425 units. Canada and the U.S. are estimated to contribute an additional 239 and 253 units, respectively.

CT first established its niche in the marketplace as a cost-effective well cleanout tool. In recent years, these conventional wellbore cleanouts and acid stimulation jobs accounted for more than three quarters of total CT revenue. However, CT use has continued to expand as it is adopted for use in additional field operations. Most recently, CT fracturing and drilling applications have emerged as two of the fastest growth areas. Revenue from these two CT applications has grown from almost zero 10 years ago, to approximately 15 percent in more recent times.